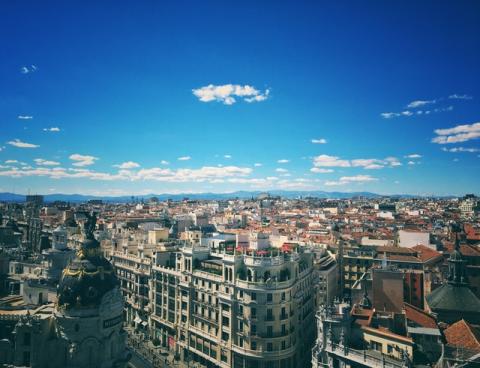 Brussels, 5 March 2019 – The Board of The International Confederation of Music Publishers (ICMP) has met in Madrid.

Below are some of the headline issues discussed.

ICMP renewed its resolve to tackle the ongoing dysfunction of the Spanish music market, stemming from governance issues with the collecting society SGAE.

An ICMP delegation met with Spain’s Ministry of Culture to discuss the harm being caused to Spanish music, songwriters and composers. Chairman of ICMP’s Board Chris Butler commented:

“We very much welcome the recent intervention of the Spanish Minister of Culture on this issue. Minister Guirao and his team have identified the serious changes required in order to secure a sustainable solution to this longstanding problem. We must ensure Spanish songwriters and musicians are getting accurate returns for their work. Without fair representation on the Board of SGAE and accurate remuneration for their works, the problems of ‘La Rueda’ (The Wheel) will persist and SGAE’s governance will continue to fall far short of international standards.”

Later this month, the 751 MEPs of the European Parliament will vote on the EU Copyright Directive proposal. If passed, the proposed law will apply across the EU28 (the UK has stated its intention to transpose the legislation). It includes specific wins for music publishers, including how sheet music and notation are used online. Article 13, which has garnered much attention, addresses online music’s ‘Value Gap’.

ICMP’s statement is as follows:

“ICMP has worked actively with European lawmakers to achieve a Copyright Directive, which establishes a level playing field for music licensing and is fair and beneficial for all songwriters, performers, publishers and labels, as well as our digital partners. We acknowledge and appreciate the great efforts of everyone supporting us in what has been a long and fierce debate.

While the final text contains numerous compromises, it is a step in the right direction - especially as Article 13 confirms a clear liability of online services for content on their platforms and requires them to seek licenses from rightsholders. We therefore call on the Members of the European Parliament to adopt the proposed Copyright Directive.

Thereafter, ICMP will continue its work during the implementation process in individual EU Member States to ensure that the original objectives of the Directive are achieved for the benefit of creators and the whole music publishing community.”

Shortly after the ICMP Board meeting, Warner/Chappell Music issued an injunction against Spotify, blocking the use of its music in India. The streaming service has launched in the country despite inappropriately claiming a statutory license to use Warner/Chappell’s repertoire without its authorisation.

“Music publishers worldwide work in the interest of all creators and will fight for appropriate remuneration for all licensed use of their work. At the heart of this problem is the inappropriate use of music and the subsequent undervaluation of songwriters – Indian and international. ICMP and its members express their full support of Warner/Chappell Music in its actions,” stated ICMP Director General John Phelan.