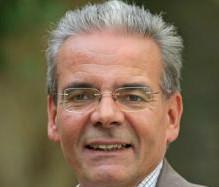 Owner and managing director of Budde Music, Prof. Dr. Rolf Budde has died after a long illness. He was 61.

As well as running Budde Music with his son Benjamin, Rolf had been a member of the Executive Board of ICMP since 2016. He had also been president and chairman of the German Music Publishers' Association (DMV) and was sitting on the board of collecting society GEMA.

"We have lost a fine colleague who contributed so much to ICMP and the wider music industry. Rolf was an absolute gentleman and he will be missed. Our thoughts go out to his family," said ICMP Chair Chris Butler.

"I am deeply saddened to hear the news of Rolf's passing. His knowledge and wisdom were invaluable to all of us at ICMP and it was a privilege to have worked with him," added ICMP Director General Coco Carmona.

Rolf is survived by his wife Madeleine and four children Janine, Benjamin, Victoria and David.