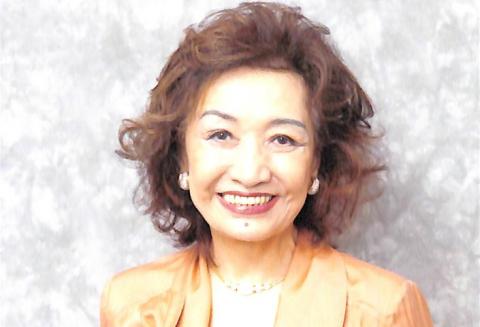 Brussels/Tokyo, 29 March 2018 - The International Confederation of Music Publishers (ICMP) has today revealed that Misa Watanabe will be the honouree of the 2018 ICMP Ralph Peer II Award for Outstanding Contribution to Global Music Publishing.

Misa was selected from nominees submitted by ICMP member organisations in over 70 countries. She is being honoured for her enormous impact on music publishing in Japan, France and indeed, across the world.

The Award, initiated by ICMP in 2013, recognises visionaries in the field of music publishing, whose roles have helped develop, protect and value the music of composers and authors around the world.

Misa Watanabe is one of an elite group of music publishers who has been at the top of the industry for decades. In 1962, with her late husband Shin Watanabe, she founded Watanabe Music Publishing, which was the first company in Japan to offer full copyright administration services for every music title registered in the country. The publishing house has been pivotal in providing economic stability to Japan’s music publishers.

Under her guidance, Watanabe Music Publishing was instrumental in breaking English pop band Queen in Japan, greatly enhancing the group’s worldwide appeal. Misa also oversaw the licensing of music catalogues of Queen, David Bowie and Deep Purple while her company also scored the Les Misérables music catalogue. In addition, she served as the popular music producer for Expo 70, the world’s fair exposition held in Osaka in 1970.

As a result of her many achievements, Misa has received numerous accolades throughout her career. In 1981, at the 25th Midem festival, she was honoured as one of 12 who had contributed to the development of music worldwide – the others include Richard Branson, Clive Davis and Quincy Jones. In 1999, she received an award from Japan’s Minister of Culture during the centenary celebrations of the country’s copyright law and in 2004; the French Culture Ministry awarded her with the Officer De L’Ordre des Arts et des Lettres in recognition of her significant contribution to the arts and literature.
That same year she was awarded the Palm d’Or by Cannes city.

“On behalf of ICMP and the global community of music publishers, I would like to congratulate Misa on receiving this prestigious and unique Award,” said ICMP Chair Chris Butler. “She is quite simply a trailblazer and her achievements since the 1960s have enhanced the livelihoods of songwriters and publishers in her home country and abroad.”

Commenting, Misa Watanabe said, “I am honoured to receive the prestigious 2018 ICMP Ralph Peer II Award for Outstanding Contribution to Global Music Publishing.  This accolade brings back fond memories of my time in founding the MPAJ, as well as meeting Sal Chianti, Leonard Feist and others at the Majestic Hotel in Cannes to help them lay the foundations of the International Federation of Popular Music Publishers. I would like to thank all the members of ICMP and wish the confederation all the very best.”

Ralph Peer II, Chair and Chief Executive Officer of peermusic and ICMP Board member, added, “Misa has distinguished herself by bringing the Japanese music publishing sector to the world stage in an eminent and gracious manner. She has tirelessly advocated on behalf Japanese publishers and composers through her work with diplomats and politicians both at home and abroad. I am delighted that the ICMP membership have chosen Misa for the 2018 ICMP Award for Outstanding Contribution to Global Music Publishing – I have had the honour of knowing and working with Misa for many years and she is a person that has made a difference to the global music publishing and songwriting community.”

“It is an absolute honour to host the 2018 Ralph Peer II Award at Midem. We are especially delighted to be joining forces with ICMP to celebrate Misa Watanabe’s inspiring career and exceptional contribution, not only to music publishing, but to the entire international music community,” added Midem’s Director Alexandre Deniot. “Misa is a true visionary who has a long history with Midem and she has worked tirelessly to advance and spread music repertoires across the world. Established by visionary music publishers from all corners of the world, we are particularly proud that, 52 years on, the French Riviera is still at the very heart of their global musical adventure.”

The Award ceremony honouring Misa Watanabe will take place on 5 June at an invitational gala dinner being held during Midem in Cannes.

About the Award
The ICMP Ralph Peer II Award for Outstanding Contribution to Global Music Publishing was initiated by ICMP in 2013 and named after its first honouree Ralph Peer II.  Music publishing icon Irwin Z. Robinson collected the Award in 2015, while music industry event Midem was honoured in 2016.

About ICMP
ICMP is the world trade association representing the interests of the music publishing community internationally.  The constituent members of ICMP are music publishers’ associations from Europe, Middle East, North and South America, Africa and Asia-Pacific. Included are the leading multinational and international companies as well as regional and national music publishers, mainly SMEs, throughout the world. As the voice and point of reference of music publishers, the community of composers and songwriters, and the production music sector, ICMP's mission is to increase copyright protection internationally, encourage a better environment for our business and act as an industry forum for consolidating global positions. www.icmp-ciem.org