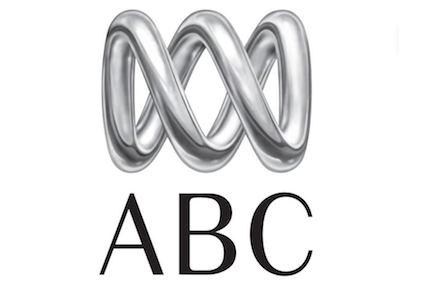 How did you get into music publishing?

I started out as a music lawyer at entertainment law firm Simpsons in Sydney and was fortunate enough to represent some of Australia’s finest songwriters and composers. Then I moved into running legal & business affairs at major labels BMG and EMI. I always enjoyed negotiating music publishing agreements and working with songwriters I guess because songwriting is the heartland of the business. Seven years ago, the Australian Broadcasting Corporation (ABC) asked me to manage its Music Publishing division – it’s a good mix of legal, commercial and creative.

What concerns do you have in your market?

Global industry concerns such as piracy and diminishing sales of recorded music certainly created a new trajectory for music publishers. With artists continuing to explore releasing records independently, the role of the music publisher has expanded beyond its conventional functions.

Publishers are expected to almost supplement the absent label role and sometimes the absent management role (with some artists choosing to self manage) and in some ways the scenario creates unrealistic expectations.

Publishers can certainly open doors to labels and managers and offer support around releases and live work but they can’t fulfil all those additional roles as well as their publishers responsibilities.

I also have particular concerns with inexperienced players entering the market and offering multiple rights service models. The various rights, sustainability and ethical issues involved aren’t always being covered off appropriately due to lack of music business education.

It’s always very diverse. I could be wearing my legal cap and negotiating a songwriter deal or a music commission for an ABC TV programme, or organising a co-writing session in an ABC studio, working with another publisher around a record release, listening to a songwriter’s new songs or pitching songs to the ABC record label for a compilation.

It might also include suggesting potential screen composers to a TV producer, licensing music for an ABC app or working on a theatrical licence with ABC Events for a kids concert.

I recently acted as music supervisor for ABC TV’s medical drama series ‘Pulse’ which features about 90% of music represented by ABC Music Publishing. I’m also working with my label colleagues on a ‘Pulse’ soundtrack release.

How is your relationship with your local collecting society?

Great. Under the exemplary leadership of CEO Brett Cottle, APRA AMCOS sets a global bar for collecting societies, and every division of both associations performs to that standard. As Deputy Chair of the AMCOS board and a director of the APRA board, I’m lucky enough to have insight to the coalface of operational activity and core collecting society functions. Interaction is frequent and productive whether it involves board matters, industry issues, songwriter/member stuff or systems issues.

Any legislation or policy reviews of concern coming up in your market?

The Federal Court recently handed down its decision in Universal Music Australia Pty v TPG internet Pty Ltd .  This case was the first site blocking case brought by the local music industry (by the major record companies and APRA AMCOS) under the new provision of the Copyright Act, seeking to block access to KickAss Torrents and related websites. This allows copyright owners to seek orders from the Federal Court to have ISPs put in place blocks so that Australian consumers cannot access illegal off-shore websites which have the primary purpose of infringing or facilitating  copyright  infringement. The outcome of the case is largely positive with the various court orders being in content owners’ favour. Significantly music content owners now have a workable precedent to run cost effective and efficient blocking cases in the future.

Regarding Australia’s safe harbour provisions, following the removal of the safe harbour expansion from the Copyright Amendment Bill before it was recently introduced to Parliament, it has been announced that the Government will refer the issue of the safe harbour extension to the Department of Communications and the Arts for a further review and consultation with stakeholders before any new legislation is introduced. This is what the music industry had been requesting, however our ongoing advocacy for a balanced and fair copyright safe harbour regime continues.

We also have huge concerns with the tech lobbyists who are agitating for broader ‘fair use’ exceptions. Australian fair use laws already permit extracts of copyright works to be reproduced without permission in some circumstances. The ‘fair use’ exception is so far reaching that it would allow users of copyright material free access in turn obviating the need to pay licence fees to creators for commercial uses of their work.

How do you see your market evolving over the next ten years?

The critical mass effect of streaming and subscription services should be seen as a positive which has arguably also derailed some (by no means all) piracy practices.

The apparent obsession with radio airplay, live and sync opportunities is symptomatic of diminished recorded music income and those areas will remain key for song writers and music publishers.

We may see our collecting societies offering more bundled rights licensing such as the One Music model launched first in New Zealand and now being rolled out in Australia by APRA AMCOS and PPCA. It’s clear that to licensees such as the hospitality industry it’s a more accessible and streamlined approach.

Physical formats such as vinyl have predominantly become merchandise or collector items. How this plays out will be interesting given that owning recorded music is a thing of the past.

The one certainty will be our ongoing duty to uphold creators’ and content owners’ rights which will continue to inform music publishing and the industry at large.