Juncker snubs US in trade address 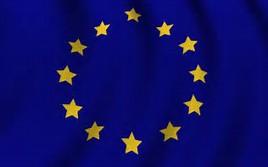 During his State of the Union address on 13 September, the President of the European Commission Jean-Claude Juncker, stressed that he wants to introduce a fast-track system to ensure Brussels can quickly conclude upcoming free trade agreements (FTAs).

This new process would replace the current system, which sees national parliaments ratifying key aspects of all EU trade deals.

Following the address, the European Commission announced draft mandates to open trade negotiations with Australia and New Zealand. These agreements would build on the recent successful agreements with Canada, Vietnam, Singapore as well as Japan among others, expanding the alliance of partners committed to progressive rules for global trade.

However, in his speech, President Juncker unfortunately failed to mention the United States in the list of countries Brussels wants to conclude FTAs with. “We have just secured a trade agreement with Canada that will provisionally apply as of next week. We have a political agreement with Japan on a new economic partnership. By the end of the year, we have a good chance of doing the same with Mexico and South American countries. And today, we are proposing to open trade negotiations with Australia and New Zealand,” he said.