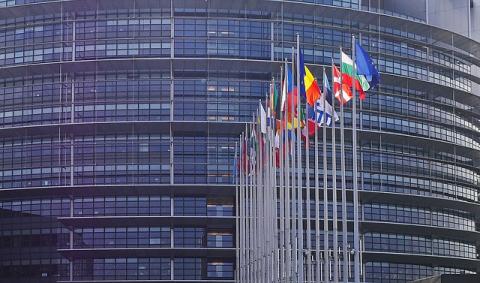 Strasbourg, 26 March 2019 – ICMP, the global trade body for music publishing, issued the following statement regarding the European Parliament's approval in a vote on the EU Directive for Copyright in the Digital Single Market.

The copyright law was proposed to tackle several issues for digital music, including one of the biggest facing the music sector worldwide – the ‘Value Gap’. ICMP has worked on this issue on behalf of its national associations across Europe, Major and Indie music publishers worldwide.

Chair of ICMP’s Board Chris Butler said: “We extend our appreciation to MEPs across party lines and EU Member States for their hard work through this challenging legislative process. We are grateful for important provisions supporting songwriters and composers, recognising that music must be given its rightful value. “We're particularly pleased to secure sector-specific safeguards for music publishers in Articles 4 and 12. These battles were hard-fought, amount to crucial wins for music in Europe and are particularly important for our independent publisher members.”

ICMP Director General John Phelan commented: “Four years of titanic tussling later, our work to solve the ‘Value Gap’ now begins a new stage after this vote. Namely, to ensure that those who make the music make a fair return. ICMP will keep working with all European governments to transpose this law appropriately. ‘Safe Harbours’ must not become archipelagos for platforms to devalue music. Today redoubles our determination in that mission.”

Music publishers have helped to build a Digital Single Market of over 200 services, providing 50+ million tracks, which are portable and instant - sorting the Value Gap is just another thread in that ongoing project. After three years and a record number of inter-institutional negotiations since its proposal by the European Commission, a majority of the 751 Members of the European Parliament, from across the EU28, today voted to approve the EU Copyright Directive.

The copyright law was proposed to tackle one of the biggest issues facing the music sector worldwide – the ‘Value Gap’ of online music, whereby User Uploaded Content (UUC) services (e.g. YouTube and SoundCloud) abuse 2001 ‘Safe Harbour’ liability exemptions to refuse to take a fair license for the multiple millions of tracks they make available on their services and profit from. YouTube pays approximately 20 times less, per user per year, than a fairly licensed service such as Spotify.

ICMP has worked on this issue on behalf of its Major and Indie music publishers worldwide. ICMP has also secured further specific advances for music publishers (Article 4 - derogation for sheet music from copyright exceptions; Article 12 - clarification of music publishers as rightholders) which will benefit songwriters, composers and publishers of all sizes. Once ratified by the EU28 in the Council of the EU in coming weeks, it becomes law when published in the EU Official Journal. This triggers a 24-month deadline for governments to transpose it nationally.