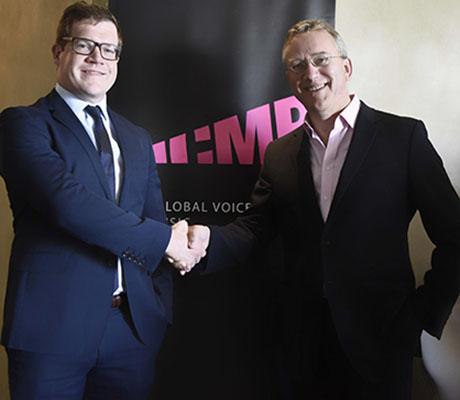 Brussels/Bucharest, 20 September 2018 - The International Confederation of Music Publishers (ICMP) has today announced the appointment of John Phelan to the position of Director General of the organisation, effective as of 1 October. He succeeds Coco Carmona.

The news was made public during ICMP’s Central and Eastern European Music Publishers’ Congress in Bucharest, Romania.

An Irish national, Phelan brings a background encompassing law, Conservatoire training in music and several years as a professional musician to the Confederation. He also worked extensively in EU digital policy, including IP regulation, before spending the past three years at trade body IFPI, representing the recorded music sector.

In his new role, Phelan reports directly to ICMP’s Board of Directors.

Chris Butler, Chair of the ICMP Board said:

“On behalf of the ICMP Board, I would like to thank Coco for her significant contribution to the Confederation and I wish her all the very best in her future endeavours. John has impressive music industry credentials through his work at IFPI, and I have no doubt that he will play a key role in advancing the interests of music publishers across the globe.”

“I am delighted to be given this opportunity and look forward to serving ICMP’s music publisher members worldwide. Copyright rules, market trends and the means of engagement with music are continually evolving. In the last week alone, both Europe and the US have addressed separate issues of major importance for online music. ICMP will be at the forefront of this evolution and we are keen to meet all the attendant challenges head on.”

“I have thoroughly enjoyed working with the Board, members and all of ICMP’s stakeholders across the world. It has been a privilege to be surrounded by such a knowledgeable group of professionals and I am proud to be leaving the Confederation in such good shape.”