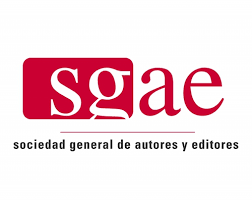 Brussels, 11 June 2018 - The Board of Directors of ICMP has once again expressed its concerns about the situation at Spanish collecting society SGAE.

Despite having been reprimanded in recent months by a WIPO Arbitration Panel, the international publishing community and the international community of collective management organisations, the society is returning to its inappropriate and unbalanced television broadcast distribution scam by rejecting the decision of the WIPO Arbitration Panel to which it is bound. Dubbed 'the wheel', the scam involves the manipulation of television revenue, which is detrimental to the vast majority of Spanish authors and to all foreign ones.

In addition, music publishers that have had the courage to take a stand against the society, have had to endure ongoing discrimination and intimidation.

In light of this situation, which has been going on for years and which SGAE's governing bodies seem unable and unwilling to solve, ICMP and individual music publishers are being forced to consider unilateral actions. This may include finding alternative licensing options in order to protect their repertoire in Spain.

The ICMP Board is also concerned about the lack of firm action coming from the collective management community to address the seriousness of this situation.

“We've said it before and we'll say it again. It's time for the collective management community to work decisively towards a definitive solution. If they don't, we will have no choice but to look at alternative licensing options," said ICMP Chair, Chris Butler.