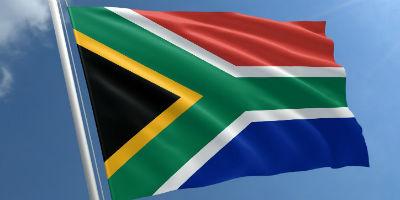 Johannesburg - ICMP has called on the South African government to resolve issues of concern as the country’s copyright overhaul enters its final stages.

South Africa’s Copyright Amendment Bill - projected to be finalised in November - will impact how online music is governed for many years to come and significantly affect how music publishers and songwriters are rewarded for their work and investment.

In meetings with government representatives from the Ministry of Trade and Industry, ICMP voiced the concerns of the global music publishing community. These include:
•    Possibility of a US-style ‘fair use’ exception. Having this in the Bill would dilute copyright;
•    Risk that assignment of copyright would be limited to 25 years;
•    Music industry - from digital services, to managers, to labels etc. - united in concern;
•    The Ministry inserted new clauses without consulting music publishers;
•    Opportunity should be taken to extend copyright from 50 to 70 years, as in majority of the world.

“South Africa has the potential to be one of the world’s next big music markets but several aspects of this Bill put investment and creative talent at risk. We will work to invest in a country with a clear and modern legal framework that doesn’t erode copyright, which is essential to creators,” said ICMP Chair Chris Butler. “Following today’s constructive discussions, we hope the future law will safeguard those rights it sets out to address,” he added.

“Such major reform is infrequent, making it all the more vital. We urge the government to closely heed the detailed submissions made by South African music publishers. A US-style fair use exception or limiting copyright assignment would be regressive for South African music. A successful outcome which boosts copyright will enhance South Africa’s outstanding musical talent at home, and abroad,” added ICMP Director General John Phelan.

David Alexander of the Music Publishers’ Association of South Africa said: “We have flagged our concerns on several harmful clauses in the draft Bill which, as they stand, risk diluting the Intellectual Property Rights that underpin South Africa’s economic growth. In the weeks ahead, the government has a chance to seal a balanced copyright law.”

Also in Johannesburg, ICMP also met with major music market stakeholders in a roundtable event, including artist managers, record labels and digital services such as Deezer.